The North Wind and the Sun

Our cycle for the Fables block has been this: story presentation on Monday and Wednesday, writing and illustrating it Tuesday and Friday.

Wednesday's fable was The North Wind and the Sun, also from BORROWED FEATHERS AND OTHER FABLES illustrated by Freire Wright and Michael Foreman, edited by Bryna Stevens

After I told the story, of course, we acted it out. For this one, I divided the class up into two sections. I have 13 students so one was the traveler and the remaining 12 were divided into the Wind (6 students) and the Sun (6 students). I had the Wind children stand on a blue rug and the Sun children stand on a red rug. I gave the traveler a cloak as his/her prop. First, the Wind begins to boast to the Sun. Then the Wind blows and blows but the traveler merely wraps his cloak around him more tightly. Then the Sun takes his turn (and I had the children hold their arms out to be the Sun's gentle warm rays) and the traveler first loosens and then finally takes off his cloak. The moral of the story being "Kindness works better than force." This was the first time I had done this particular fable but it worked very well. The children took turns playing the different positions.

My sister-in-law sewed beautiful cloaks for all my girls, so we simply used one of the ones I had at home, but if you are looking for a cape for storytelling or play, I recommend Fairy Cove Silks. Meag's work is stunning!!!

This is the story with the moral: "Don't count your chickens until they're hatched!" I thought it would be appropriate since we just finished hatching baby chicks from eggs in the classroom (they hatched last week). The retelling I favor for this story is found in a collection of fables called BORROWED FEATHERS AND OTHER FABLES illustrated by Freire Wright and Michael Foreman, edited by Bryna Stevens 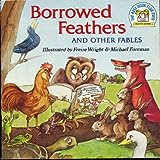 For the acting out of this fable, I had the students balance an empty basket on their heads while they walked and pretended to be the milkmaid. Believe me, there is nothing like balancing something on your head, walking, and retelling a story orally! It goes right into memory. Whammo.

As a side note: I recently discovered a wonderful series of 21 eggs that show how a baby chick develops during each day of its gestation. It is fabulous for helping children to follow along. I opened one egg each day for my students. You can find it here: Chick Lifecycle Exploration Kit.
Posted by Renee at 8:11 PM No comments:

The Crow and the Jug

The version I used of this story came from a Waldorf 3rd grade reader by Arthur M. Pittis, When I Hear My Heart Wonder. 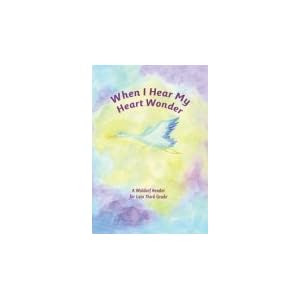 To act it out, we used shadow puppetry. I found a tall thin vase and a bowl of marbles. I set up my plexiglass easel with a large piece of translucent tracing paper over it and a bright lamp behind it. On the table behind the easel -- and in front of the lamp -- I placed the vase and the bowl of marbles. I recommend that you practice in advance to be sure there are enough marbles to bring the water up to the top.

After telling the story, I showed the students how to use their hands to be the beak of the crow (holding your hand with all five fingertips touching at a point) and place the marbles into the vase, one by one, to raise the water level. You can actually see the water level even through the tracing paper. I gave the children a small pitcher as well. After each child -- and believe me, they all will want to do it -- had a turn as the crow, he or she would place their fingers over the mouth of the vase to hold back the stones, pour the water from the vase into the pitcher, pour the marbles into the bowl, and then pour the water from the pitcher back into the vase so that the next child could have a turn.

I had each student choose which child should have the turn after they were done, based on who had been the most respectful audience member.

This story was also one I had done in a previous summer camp and the shadow puppetry aspect especially makes it a BIG hit!
Posted by Renee at 8:01 PM No comments:

The Ant and the Grasshopper 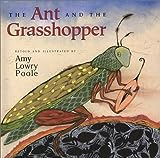 The above is my favorite retelling of this fable. I recommend buying it if you can find it!!!

We have just begun our final Language block of the school year: Fables. We are following the Waldorf 2-day rhythm of telling the story to the children and having them act it out, then sleep on it, then write the story in their own words on the following day and illustrate it in their Book of Fables.

This was an easy one to act out. One student sat in a chair and strummed my dulcimer and the rest of the students raced about frantically on hands and knees and gathered supplies for the winter. They had quite a little stash of erasers and rubber bands and what-not by the time they were done. Of course, the children added in their own dialogue as they went. Acting out REALLY helps them to remember the story well enough to write it on Day 2.

The illustrations in Amy Lowry Poole's retelling include some ants drawn on black paper with white chalk. The chalk is used to fill in the space around the ant bodies so that they are actually black negative space shapes. In a past summer camp, I used this story to introduce and explore this type of illustration.
Posted by Renee at 7:54 PM No comments:

Books Back in Print

How I love to find treasured books that are back in print! I'm enjoying two gems right now.

My bedtime read aloud with my own children is TAL: His Marvelous Adventures with Noom-Zor-Noom by Paul Fenimore Cooper, reprinted by Purple House Press. 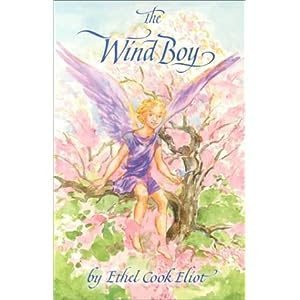 Sound Effects for Noah and the Flood

Time marches on and we are preparing for the end of year play in Sunday School. I found, and downloaded, two tracks from Amazon (99 cents each) for our "Thunderclap" and "Thunderstorm Growing" sound effects. They were track #49 and track #2, respectively. The Thunderclap is 6 seconds -- nice and loud -- and the Thunderstorm Growing is 2 minutes, 53 seconds which is plenty of time for the audience to get the point that it rained and rained and rained, and for the actors on stage to wave their blue silks to show the rising waves, then fall asleep and wait out the storm. 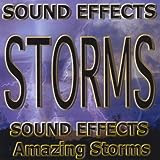