We are going to make a Chicken Mummy from a Cornish game hen as part of Ancient Egypt. We've already done our Papyrus Kit (not too complicated) and so it's time to move on to Mummies!

Ancient Egypt is 932 in the Dewey Decimal system. Resources are easy to find.

Charles Kovacs' book only has one Ancient Egyptian myth. But it does a nice job of explaining Egyptian culture and the flooding of the Nile river and so on. The best thing that I found from it was the explanation of the Nile river delta (like fingers at the end of an arm) and the marshy region there. It was a good lead-in to the Papyrus Kit.

Making a chicken mummy is not hard. These directions suggest soaking your Cornish game hen in rubbing alcohol to be sure it is clean and sanitized. This eliminates a later smell (aside from the smell of rubbing alcohol). The Blog "What Will We Do Today?" gives the most detailed instructions and plenty of photos for lots of crafts, including How to Mummify a Chicken.

Most important things to know are that you buy:
lots of Kosher salt (10-12 boxes)
a frozen cornish game hen
a package of Ziploc freezer bags
a bottle of rubbing alcohol

A KEY TIP:
Since you don't get to touch the mummy while it soaks in the salt, and play with it, and see what the salt is doing and how it is working, I have us "mummify cucumber slices" first. Simply slice up a cucumber and put it on a cutting board. Sprinkle with salt. Then the kids can mess with them as much as they want. The salt will soak up the liquid in the cucumber and get wet. Then change the salt. This helps your students to see the process first hand before you do it with a chicken.
Posted by Renee at 8:52 AM 1 comment:

They tweeted it before they updated their website with a press release!

It was driving me crazy, all morning, waiting for the announcement from Dallas.

Here's the webcast if you want to watch it "live". You can in fact sign up to see the webcast live but we were too late.

Inside Out and Back Again

A Ball for Daisy

We are so excited to have an autographed copy of this year's Newbery winner! We had previously purchased it on a recommendation from the good folks at Politics and Prose, in Washington DC.

Congratulations to all the winners!
Posted by Renee at 11:29 AM No comments:

We ended up spending this entire week on Ancient Persia instead of pushing forward into Ancient Babylon. The kids absolutely LOVE Ancient Mythologies: India, Persia, Babylon, Egypt by Charles Kovacs. We are using a red MLB since I use red for Cultural lessons (History/Geography).

After the story of Zarathustra I shared another legend which is better geared towards younger kids (1st/2nd grade) and helpful if you are homeschooling multiple ages and want to have your children together for some lessons. It is by Tomie dePaola: The Legend of the Persian Carpet

I gave the children a box of prisms to explore after the legend. Another good follow-up would be dyeing your own wool. This is a good book to have in your Handwork arsenal as well, or in the back of your mind for 3rd grade Spinning & Weaving.

The Time-Life book series "Lost Civilizations" has nice resources for lots of ancient cultures and has a volume specifically on Persia: Persians: Masters of the Empire

. It would be a good book for teacher background or to have on hand for photos of archaeological digs and artifacts that have been uncovered. 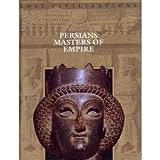 In Cooking this week we did a Persian dish: Lentil Polow with Apricots, Cherries, and Pistachios. It was delicious! You can serve the pistachios on the side for kids who have allergies.

Don't forget Strauss... Also sprach Zarathustra, Op. 30 (Thus Spoke Zarathustra or Thus Spake Zarathustra) is a tone poem by Richard Strauss, composed in 1896. A chunk of it was used as the opening theme to 2001: A Space Odyssey: and you can listen to it here. Would it be a useful thing to expose students to? I will leave that to your own discretion.

So much fun! We are trying this on Thursday. I looked in the Winter book for inspiration and found that they suggested the wool process for this time of year.

Thank you to my dear friend Seaona for donating the pasta machine! It was such a great addition to our homeschooling adventures. On...

Steiner's '12 Professions'
The Moral Value and Artistry of the Worker Archetype
in Fairy Tales and Story for Young Children
Suzanne Down
June 21-25, 2019
Boulder CO