I Have a Dream

We are spending the first two weeks of January on Ancient India. The second week will focus mainly on Buddhism and then I realized: that following Monday is Dr. Martin Luther King Day! So on Friday, January 13 we will talk about Dr. King and tie it in. He was also a person of peace.

There is a gorgeous picture book of his most famous speech:

Sit-In: How Four Friends Stood Up by Sitting Down

is another excellent choice for this day and a good time for us to read this nominee for the MD Black-Eyed Susan Award.

, a truly powerful film about the Civil Rights Movement.

I am currently writing and planning my Ancient Mythologies unit using Charles Kovacs' excellent book. I was searching online for children's books on Buddhism, to follow one of the legends from India, and found this great Listmania! List on Buddhism for Kids

. I would also like to add these titles by Thich Nhat Hanh:

The teacher next door had her students all make meditation beads from polymer clay and they were gorgeous; I will have to ask her how they did it. In Montessori you always have a Peace table in the classroom, so we already have a Buddha statue set up with meditation beads. We also all have yoga mats at school so that we can practice yoga.

, a nominee for the Maryland Black-Eyed Susan award this year, is also a great choice for this topic. 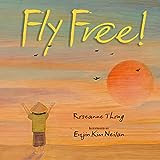 And, luckily, we have a classmate who just returned from visiting her family in India who can come in and talk about what it is like to live there!

We are doing India, Persia, Babylon, and Egypt through Mythology. (We've already covered Greek Mythology -- began the year with it.) Then Greece and Rome transition into History, as is the Waldorf way.
Posted by Renee at 10:43 AM 2 comments:

For one of my classes we had to watch this TED lecture by Ken Robinson: Bring on the Learning Revolution. I thought it was magnificent and would recommend this short video to everyone. Although not specifically about Waldorf education, many of the quotes are strikingly relevant:

"Education, in a way, dislocates many people from their talents."

"Human resources, like natural resources, are often buried deep... you have to create circumstances where they show themselves."

"We have built our education system on the model of fast food... where everything is standardized... it's impoverishing our spirits and our energies as much as fast food is depleting our physical bodies."

"Human flourishing is not a mechanical process, it's an organic process."

"The reason so many people are opting out of education is because it doesn't feed their spirit."


Speaking of spirit, I was writing a paper for another class and looking up some quotes from Maria Montessori. I'm always struck by how much she talks about the spiritual world -- quite similar to Rudolf Steiner -- but those quotes aren't often shared by supporters of her method who have instead placed all their chips on the Early Academics portion of her philosophy. Here is some food for thought from Montessori:

on spirit
“Our goal is not so much the imparting of knowledge as the unveiling and developing of spiritual energy.”
- The Child in the Family :: The Clio Montessori Series, 1996 :: p. 63

“During this early period, education must be understood as a help to the unfolding of the child’s inborn psychic powers. This means that we cannot use the orthodox methods of teaching...”
- The Absorbent Mind :: Clio Press Limited, 1994 :: p. 4


on imitation
”A child is an eager observer and is particularly attracted by the actions of the adults and wants to imitate them. In this regard an adult can have a kind of mission. He can be an inspiration for the child’s actions, a kind of open book wherein a child can learn how to direct his own movements. But an adult, if he is to afford proper guidance, must always be calm and act slowly so that the child who is watching him can clearly see his actions in all their particulars.”
- The Secret of Childhood :: Fides Publishers, 1966 :: p. 93


on toys
“But in those countries where the toy making industry is less advanced, you will find children with quite different tastes. They are also calmer, more sensible and happy. Their one idea is to take part in the activities going on about them.”
- The Absorbent Mind :: Clio Press Limited, 1994 :: p. 154
Posted by Renee at 9:28 AM 1 comment: