The BEST Way to Make Ocean Zones in a Jar

A Pinterest classic... the
Ocean Zones in a Jar activity.

It seems as if no one has had a good experience with the instructions. 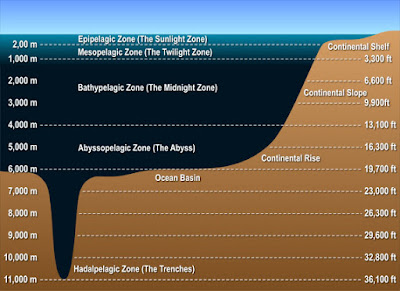 The directions call for the following: a large jar, food coloring, 1 cup liquid measuring cup and a spoon (wash after each liquid is dyed and then added), funnel, dark corn syrup, dish detergent, water, oil, and rubbing alcohol.

When we did this in Science Club (topic: Ecology -- The Ocean) last week, it was an epic Pinterest FAIL.

Why? I dyed the corn syrup black as instructed, and then the Dawn dish detergent was too close to its color, and then the water dissolved into the dish detergent and so all of those layers were indistinguishable from one another. The oil and rubbing alcohol floated on top with no problem. 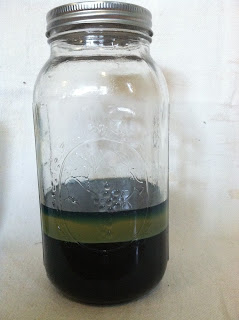 FAILED Ocean Zones in a Jar

Like all teachers, I immediately began to research and look for more notes on how to do a density column.

Then I went looking for some more ideas for density columns, and found instructions for a nine column beauty created by Steve Spangler. I also found a nice PDF for a science experiment on density with follow up questions for the students, plus hot water/cold water and salt water/fresh water variations. That packet, however, is based on the classic five layers that didn't work for us. SEE ABOVE!

Steve Spangler also recommends using a turkey baster to layer the liquids instead of a funnel, as this slows down the speed of the liquid and allows you to add things a dribble at a time. This made good sense to me!

Lamp oil isn't something I want to have to deal with the correct disposal of, so that was off the list. I spent a good deal of time (I would say about five hours) sorting my way through what worked and what didn't so that I could have five successful layers of the ocean.

Milk was a weird ingredient. One time it was below the Dawn dish detergent and one time it was above. It also took on a blue tint from the detergent, all on its own. I concluded that its density might change because it's spoiling... not a great attribute for a classroom demonstration.

Honey, corn syrup, maple syrup... all blended into one another when I tried them. But I ended up deciding that molasses would be perfect. It's already the color of the trench layer, which is another bonus.

I swapped out soymilk for the whole milk and it reliably layered on top of the molasses. They don't even come close to blending. So I decided to put in the soymilk first for the Abyss, and then dramatically pour in the molasses to sink below the soymilk to show the depths of the Trench. It worked well!

Soymilk is hard to dye a dark color, though, because you're basically working with white. You don't want a cheery pastel layer for your Abyss. I tried green, blue, and purple before I realized I could just add some black to my soymilk and grey it up, before adding another color of food dye. Perfect!

When it came to detergents, the problem was with the Dawn. I guess people choose Dawn because it's blue, so they figure that the dyeing won't be too hard. That is true but it's just too dark. It can't really be seen against the molasses. I tried over and over with this item before I suddenly realized that dish detergent comes in other colors. When I tried Ivory (which is clear), it surprised me by layering over the soymilk instead of under it, which was what the Dawn detergent did. So I dyed it blue-green and was good to go.

It is prettiest to have a set of five Quilted Crystal Jelly Jars, 8 oz lined up, with your ingredients in them. If you go with approximately 2/3 cup of each, they will all fit in a Wide Mouth Quart Jar.

Here is what I ultimately ended up with: 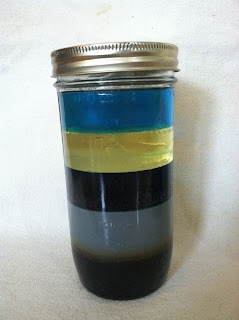 SUCCESSFUL Ocean Zones in a Jar

Here is the How-To:

Pour the soymilk into the large jar. This is your Abyss (Abyssopelagic Zone).

Dramatically pour the molasses into the large jar. This will sink below the Abyss to form your Trench (Hadalpelagic Zone).

Using a turkey baster, suck up some canola oil and then drizzle it down the insides of the jar, working your way around and around the inside of the jar to form your Twilight Zone (Mesopelagic Zone). Do this over and over until the oil clearly shows above the Midnight Zone.

Slowly drizzle the rubbing alcohol onto the top of the Twilight Zone to form your Sunlight Zone (Epipelagic Zone). This layer will bubble down into the oil and then immediately rise back up. Because of the bubbling this layer takes a little time to show, and the kids will be really excited when it does. Keep adding rubbing alcohol until you get to the top line of the jar and then put the lid on so that the rubbing alcohol doesn't irritate anyone's nose.

Our re-do for the Ocean Zones Jar went really well. The layers do show up well against one another, even if they aren't all the perfect ocean colors. If I did it again, I might choose the light green for the rubbing alcohol and use the light blue for the dish detergent layer. No matter what, I recommend these materials for the layers, and if you use them and dye them differently, please let me know what colors you used! 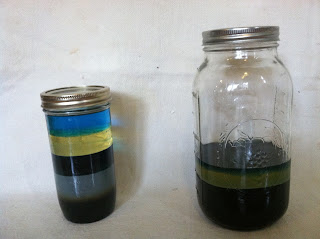 Below is what we did in Science Club today. The 3 - 3:30 pm activity for the littles was Hidden Colors. Then the big kids and I "dove" (no pun intended) into our Ocean lessons!

1. Layers of the Ocean Re-Do

3. Work together to complete the Tree of Life Montessori material from Waseca Biomes.

4. Look at Spineless: Portraits of Marine Invertebrates, the Backbone of Life and The Deep: The Extraordinary Creatures of the Abyss in small groups. The kids started to make detailed notes in their Science journals, listing names and page numbers of the animals they were most interested in researching further.

5. How Arctic Animals Stay Warm in Icy Water activity. This works best with a dry glove for each child. The Crisco won't stick to a wet glove. If you do this with a class, buy a box of gloves!

6. Lay out the three part cards for the animals of the Polar biome nomenclature of Antarctica from Biomes of the World - Complete Set of Continent Cards Montessori material from Waseca Biomes.

7. End by playing Game with a Globe to see how much of the earth is covered with water. I was so pleased to see that three children spontaneously drew data tables in their Science journals, recording the results of every spin. As we expected, water won!

If you'd like to see all of my plans for this topic, visit the Ecology Page on my website. This topic is done in Eighth Grade in Waldorf education.