I used to have a page dedicated to this topic but I took it down. However, I've had some questions about how I did S.S. in a "Waldorf-y way", so I thought I would write up some brief notes.

When we did the story of Adam and Eve we held a fundraiser (used book sale, organic lemonade, hand dipped candles which we made) and adopted a gorilla through the Dian Fossey foundation. The idea being that God made Adam responsible for taking care of all of the animals on the Earth so we have to take care of them too.

I remember that we always did straight line and curve on the very first day and we would make rolled beeswax candles that we used all year.

(UPDATE: I used the candles in the Angel Candleholder I bought from Nova Natural. I just found out that they don't carry this item anymore but I looked it up and it is handmade in Britain and still available at Burford Woodcraft).

When we did the story of Noah and the Ark we needle felted the animals two by two using the WoolPets kits and then did Eugene Schwartz's play script (minus the eurythmy). That script is nice because it's available online for free. The link is at the end of this post. The felt animals were placed in the pews in pairs and we had audience members bring them up two by two. That was a great way to extend the cast -- I had a small class that year -- and to involve the people who were watching. The children also enjoyed making up their own patterns for what animals they liked best. One choleric little boy insisted on a bright red scorpion!

We did wet on wet watercolor paintings (I absolutely loved doing the days of Creation -- see Kelly Morrow's excellent DVD on Painting). I also remember when we did the story of Moses using Mordecai Gerstein's book The Shadow of a Flying Bird

I showed the children how to do mirrored forms with a blue watercolor painting and they used the end of their paintbrush to be the bird V in the sky and the mirror shadow below. We did it in cornmeal first of course.

I always taught the children to knit and to dye wool with natural dyes. We always made our own knitting needles.

for Michaelmas) and there are so many Waldorf resources for that.

Jakob Streit's books for the Old Testament Stories are fantastic.

I remember learning the Hebrew letters when we studied the Ten Commandments and I brought in a Sumi-e board and brush so that the children could practice making them in water.

I remember wet felting a gigantic flat whale and sewing a wall hanging with Jonah and the Whale.

There are so many lovely Waldorf craft ideas for Easter and the Waldorf legends are amazing, especially for Advent, Christmas, Epiphany. Stories for the Festivals of the Year by Irene Johanson is tremendous. Stories of the Saints by Siegwart Knijpenga has a lovely legend for Mary. I needle-felted the entire Nativity scene and we moved Joseph leading Mary on her donkey along the rock path to the stable. Each year the children would make the sheep to go in the fields (see my notes by typing a search for Nativity into my blog search box or you can go right here to see the search results. It was simple -- we nixed the pipe cleaner frame and just rubbed some lanolin on our hands and took the white wool batting (roving is too slippery and soft) and gently shaped it into a sheep shaped ball.

We made wool felt finger puppet ornaments using patterns in Around the World with Finger Puppet Animals by Suzanne Down and sold them to raise money for Heifer International (we sewed the animals that they sponsor, like goats and pigs and bunnies and honeybees).

The angel directions in Making Magical Fairy-Tale Puppets by Christel Dhom are wonderful and I had each child make one as a Christmas gift for their family -- use one yard of angel wool from A Child's Dream Come True for each.

Sometimes if I felt we really should study the New Testament a little we would do Ancient Rome (since Jesus lived in Roman times) and that was Waldorf-y too. Search my blog and you'll find lots of posts; I'm sure there are more ideas than I am remembering.

We did a play each school year. I used the 3rd year Old Testament plays extensively. When we did the story of Moses I got to make a baby Moses Waldorf doll and use the Moses basket that my daughter had slept in when she was a baby...

We had a lot of fun!

Here are the books that I found that had suitable plays in them:

Plays for Grades One through Four
by Michael Hedley Burton


Let’s Do a Play! Eleven Class Plays for Grades 1-5
by Colin Price


Hawthorne Valley Harvest: A Collection of Plays for the Elementary Grades
compiled by William Ward
Also available for FREE at the Online Waldorf Library

Class Plays for Grades One through Seven – CD
by Eugene Schwartz
Also available for FREE at http://www.waldorflibrary.org/Clearing%20House/Fall%201984a.pdf
“Noah and the Flood”


I also made some notes regarding teaching the alphabet with stories that would be suitable for Sunday School, mainly using Story of the Bible by Jesse Lyman Hurlbut, available online FREE at The Baldwin Project. The idea here was that you could use the general Waldorf method of telling, sleeping, retelling, illustrating that is usually done with Fairy Tales, except they would be Bible stories instead. For example, O - ocean. Illustration could be Noah sending the dove out through the open porthole to look for land. Bible story could be The Great Ship That Saved Eight People.

These notes can be found at http://waldorfcurriculum.com/Sunday%20School/BibleAlphabet.html. 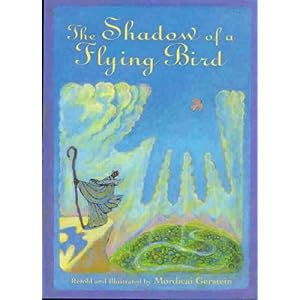 More Ideas for Saints and SWI

It is extremely important to attend at least one SWI workshop so that you understand the approach, but I am happy to share some notes. For ...