This week we learned some more tall tales and American folk legends from New England and the Mid-Atlantic region, then moved to the Southeast and the Mississippi and Ohio River Valleys, and ended with a field trip on Friday! 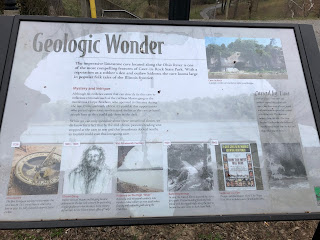 signage at the top of the steps 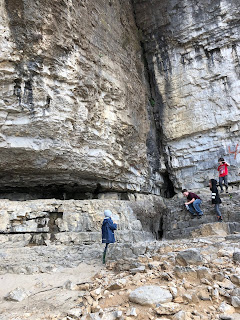 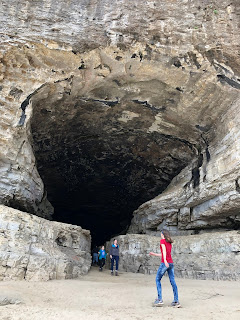 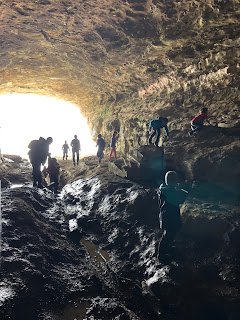 climbing in the first chamber 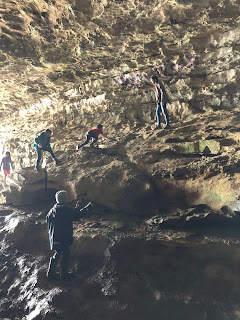 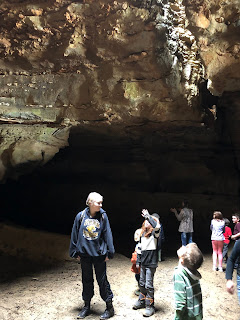 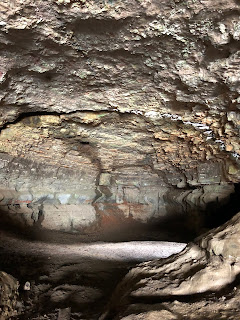 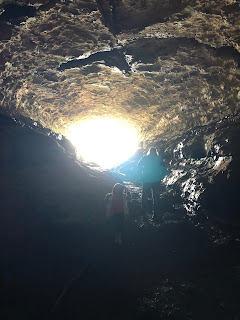 looking back at the cave entrance 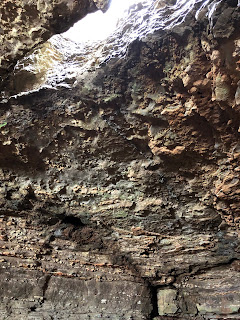 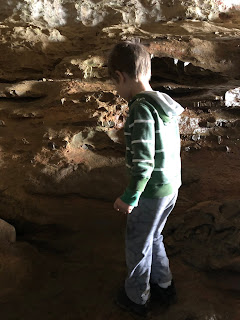 Zac is fascinated by the texture 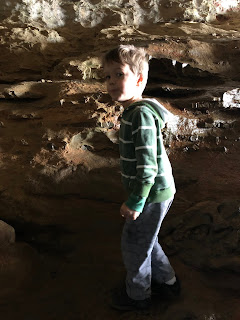 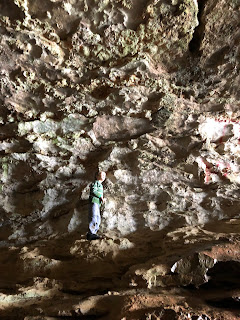 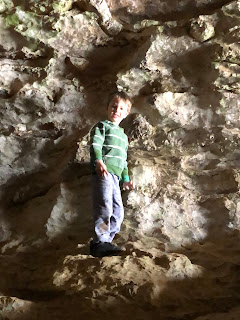 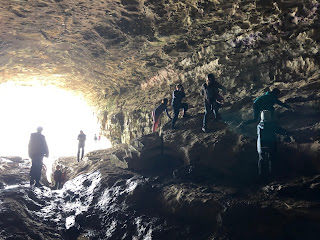 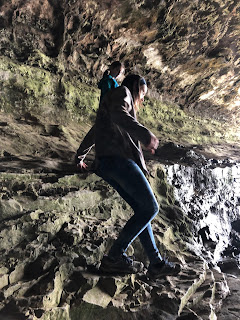 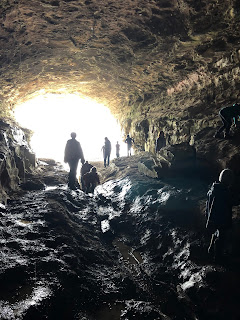 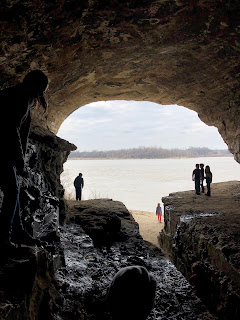 the Ohio River
looking over at Kentucky 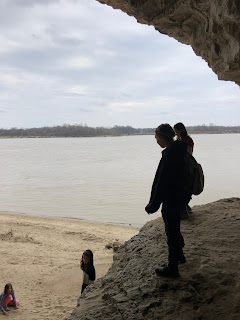 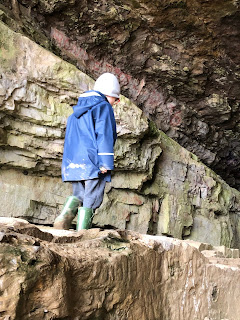 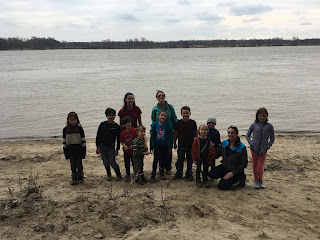 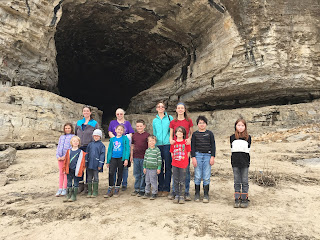 We had a great time! And it couldn't be any easier to get to. Just head east on IL-13 through Marion and on until you turn right on IL-1 (labeled Cave in Rock) and follow it to the town. Drive until you get to the River and turn left. The state park is right there. There's a small playground (with an old-fashioned metal merry-go-round) and then head up the steps, read the signage, head down the steps, and walk along the sandy beach to your left.