Yesterday we ended up not needing the indoor games I had chosen for Rainy Day Boredom so today, which was sunny and bright, I took the children outside and taught them both games. These are both from the now out-of-print book Games to Play With the Very Young

Where: Indoors or outdoors
How many players: 3 or more
Equipment: None

One player is chosen to be Kitty. The other players then sit in a circle with Kitty in the center. Kitty crawls around the circle. Every time Kitty stops in front of someone, that player must stroke Kitty's hair, look him or her in the face, and say, "Poor Kitty!" three times without smiling. Kitty, acting like a kitten, tries to make the player laugh or smile. If Kitty fails to do so, he or she moves on to the next player. The first person to laugh becomes the next kitty. Tickling is not allowed!

Where: Pavement (we used the community basketball court)
How many players: 2 or more
Equipment: 1 piece of chalk

When a player manages to get to the center and back again without any mistakes, he may mark his initials in any square he chooses. From then on, he may rest both feet in that square, but the other players must hop over it. The game is finished when all the sections of the jellyroll are filled with initials. The player who has the most squares with his initials in them is the winner.

My three girls loved both games. Kindy got to hop with two feet through the Jellyroll since hopping on one foot was too hard for her.

This may be a good place to share the link to my Homemade Art Supplies page on the website which includes the following recipe, plus others. 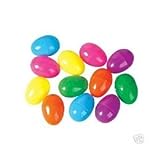