This material is incredible and I'm so excited to share it with you! It was made by Ms. Denise, my colleague and co-teacher at my former school, and when she retired she donated it to our classroom. It is just beautiful, and actually very simple to make, perfect if you are homeschooling! In Waldorf, Astronomy is done in grade 6. In Montessori, this would be a follow-up work for The First Great Lesson, "How the Earth and Universe Came to Be."

Although it isn't hard to make, there are lots of pieces, so I'll photograph them carefully. 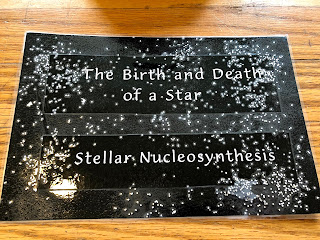 This lesson would also go really well with The Stuff of Stars by Marion Dane Bauer (which I would read beforehand) and The Photographic Card Deck of the Elements: With Big Beautiful Photographs of All 118 Elements in the Periodic Table by Theodore Gray (which I would do afterwards, looking at all of the element cards and laying them out to form the periodic table).

In Waldorf, a study of Chemistry begins in grade 7. So if you didn't do this lesson in Astronomy, I would definitely suggest it for the beginning of Chemistry and the Elements. A wonderful book of science experiments for the elements in grade 7 is The Book of Ingeniously Daring Chemistry: 24 Experiments for Young Scientists by Sean Connolly. 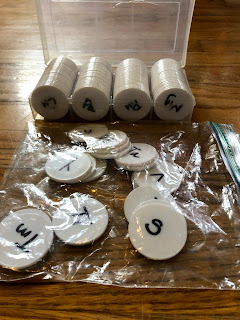 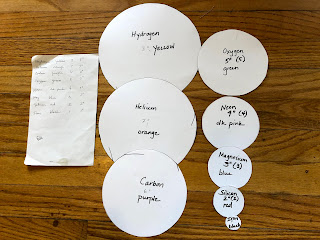 here are her colors and the diameter of the circles 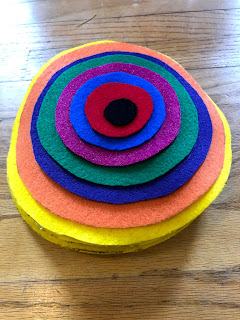 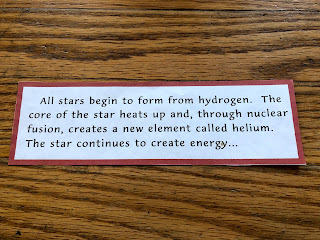 the cards are for students to read as they tell the story, either aloud when presenting to a friend or to themselves if they are doing the work alone 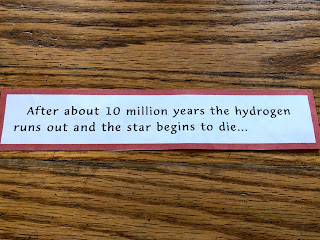 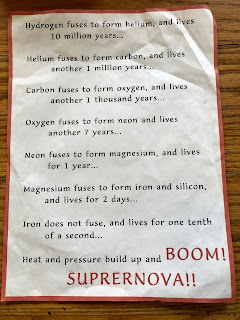 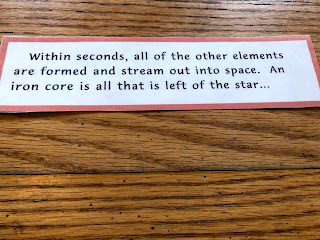 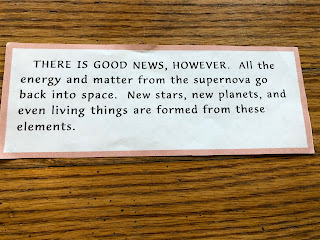 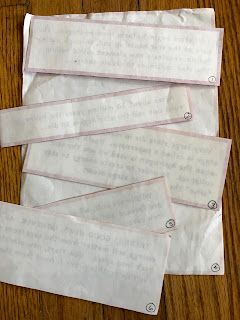 of course, because it's Montessori, the cards are numbered on the back so the child can read them in the correct order while doing the work

alternatively, a child familiar with the lesson can try to lay out the steps in order and then flip them over to if he/she is correct 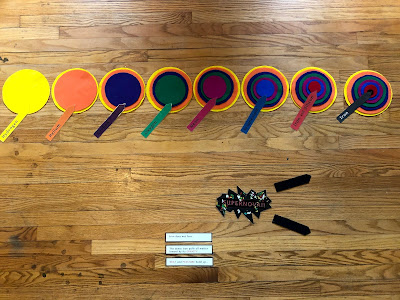 when the child gets to card 4, with the steps in the dying star, he/she would then lay out the circles and their labels, to show the story

for everything to fit in the photo I had to put my supernova below which is not ideal... I just did this for the photograph and would have it all in one long row for the students... it is important that they see it is a linear progression 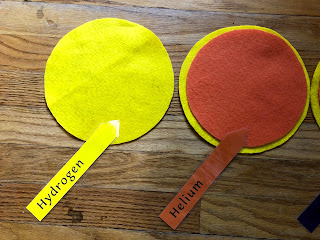 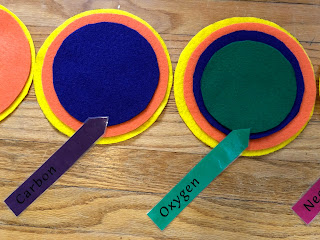 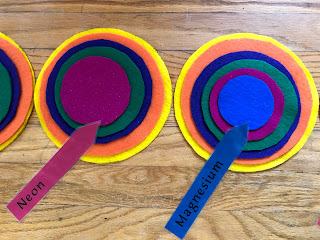 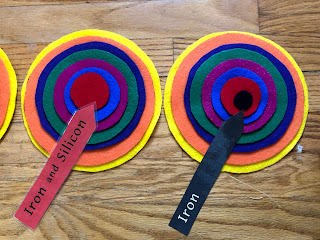 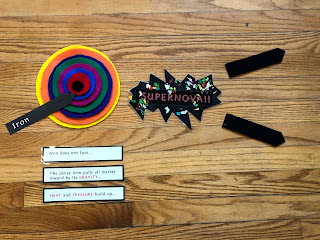 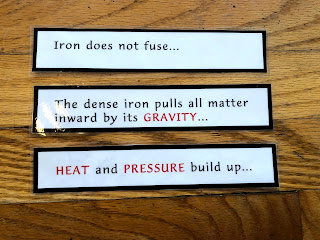 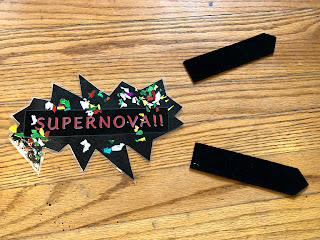 for card 5, which describes the dying star exploding and throwing out all the elements it has created (and many more which are created instantly from the heat and pressure of the explosion), all over outer space, the child will lay out all of the 118 tiles which show the elements, as shown below 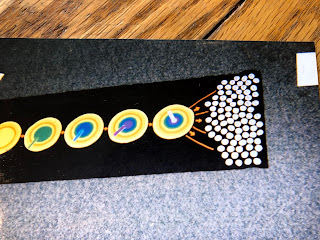 I realize that some of the most-recently discovered elements were artificially created in the laboratory by scientists, but I would not go into that at this time... the idea here is that it is an impressionistic lesson which deeply affects the child in a hands-on and visual way, and those more abstract details can be addressed in grade 7 during a study of the atom and its parts