I saw this beautiful Winter art project in the Oak Meadow homeschool newsletter! Over Winter break and on into January our homeschool co-op collected half gallon milk and juice cartons. It became clear that this was our week to build it when the weather man promised Southern Illinois an Arctic blast, giving us back-to-back days of below-freezing temps round the clock.

On Monday afternoon we filled the cartons with water and added several drops of food coloring to each. We put the caps on, shook them vigorously, and removed the caps and set them outside to freeze overnight.

On Tuesday we checked our ice blocks and only the quart carton was frozen. Even it was not completely solid. So, we had to keep waiting... 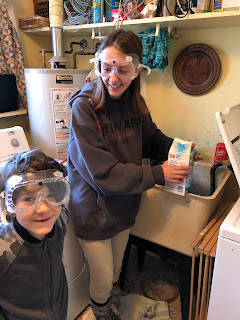 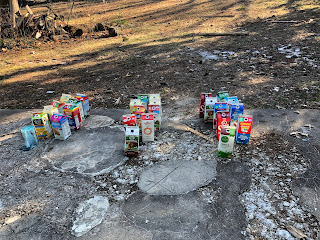 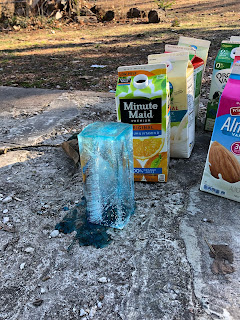 We don't have school on Wednesdays... but even if we did there would have been no safe way to go outside and work. That day had a high in the single digits with below zero windchills. All of the public schools near us cancelled.

On Thursday morning, the art teacher, Ms. Kelly, took over the project and the children got to work on their Ice Fort. This project required lots of teamwork and problem solving!

Notes: Although the quart carton froze first, it was also the thinnest and broke. Ultimately, we had 29 blocks. Look back again at the picture from Oak Meadow. That's a LOT of blocks! Next time we do this we will strive for 200!

Sooo... is it part of the Housebuilding block? Part of our Zoology block (working together in a community like the social insects)? Is it an amazing Art sculpture? Or is it just a fun Wintertime activity? You decide!

The kids spent about an hour and fifteen minutes unwrapping our ice blocks. We found out that soaking the cartons in hot water helped them release faster. We went through many pairs of gloves and several instances of runninng inside to warm up but we got them all unwrapped. We even got to watch ice crystals form! Once it was time to build the kids planned a strategic place to build, making sure it was flat and not in the direct sun exposure. They gathered snow, learning that flat objects like boards and cardboard housed large amounts of snow at once and collected snow as a group in a larger pan to act as mortar for our ice bricks. Here are pics of the process in order from start to finish. 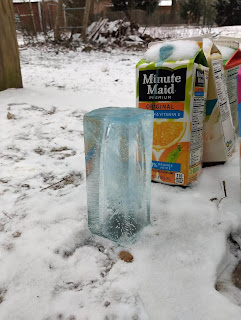 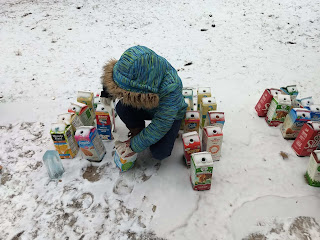 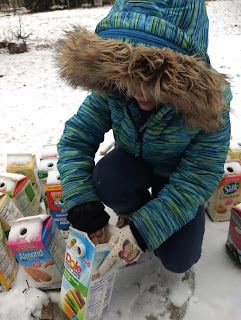 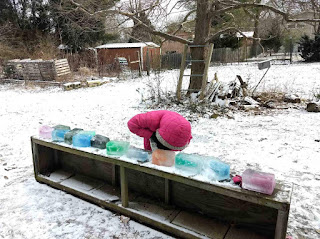 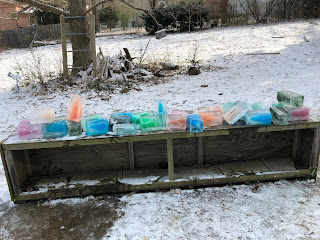 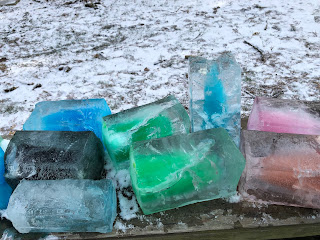 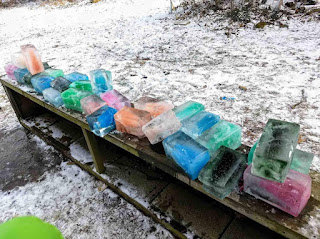 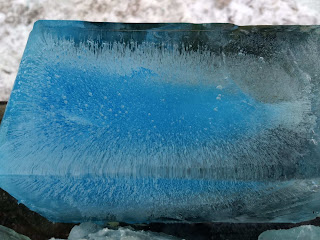 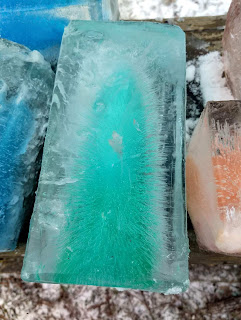 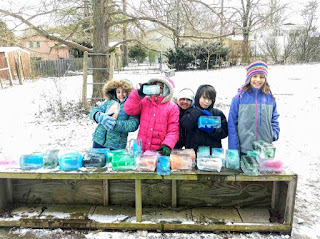 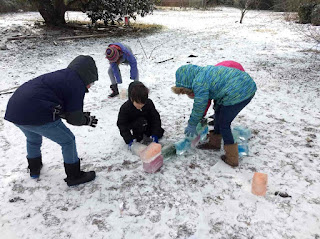 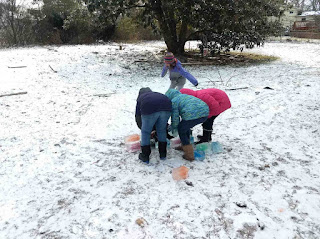 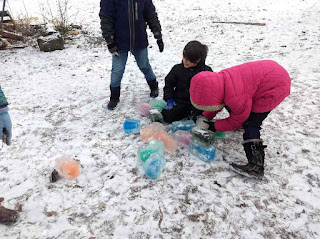 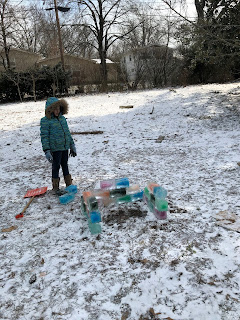 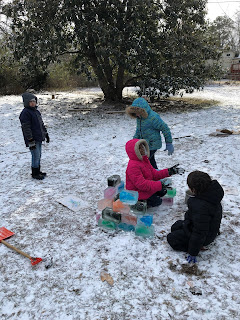 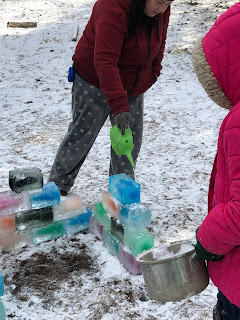 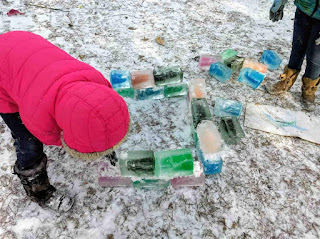 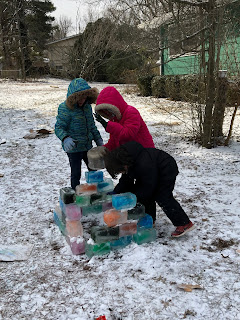 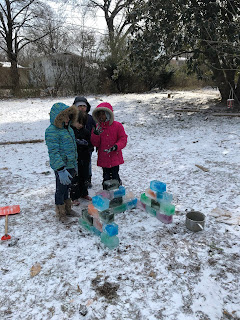 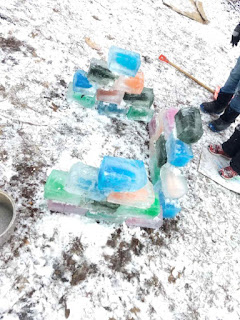 Then we poured some warm water over each wall so that it would melt just a little and freeze together a solid unit. It was a lot of fun! The kids said they wanted to freeze a bunch more and build an entire house! 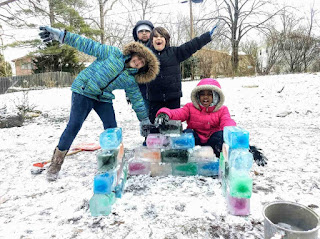