Torin Finser has a lovely story about this in the Grade 5 chapter of School as a Journey: The Eight-Year Odyssey of a Waldorf Teacher and His Class.

In Waldorf, fractions are introduced in grade 4 and decimal fractions follow in grade 5. Torin tells a story (on page 104) about a logger who stands on an island in the middle of a rushing river, sorting the logs that are coming towards him to go to the mill. The logs that are whole and intact he sends one way, to the lumber mill, and the partial logs he sends another way, to the paper mill. I remembered it as the decimal point is the tip of his sorting pole, but looking back at the chapter the entire island is the decimal point:

"As an introduction to this new unit in arithemetic, I described a logging operation in the north country (thanks to my wife, who was raised in Newfoundland), where loggers used a river for transporting their timber. After the lifestyle and customs of the loggers had been described in suitable detail, I created a picture on the blackboard of a fictitious island in the midst of the river:

Standing at the tip was one logger who had a long pole. As the logs floated by, he sent whole trunks down the left side of the island toward the lumber mill, and parts of logs down the right side toward the paper mill. At night he returned to his hut on the island. Because of his keen memory, he was able to make notations in his "log" book [love this!], giving the daily totals. He wrote the number of whole logs on the left and the number of log parts on the right. In between, he represented the island with a dot ( . ). Today we call the Decimal Island dot a "decimal point."

Montessori uses (of course) the scaffolding of color coding for decimals, by keeping the green is for units, blue is for tens, red is for hundreds thing going, but with lighter shades. Light blue is for tenths, pink for hundredths, and light green for thousandths. 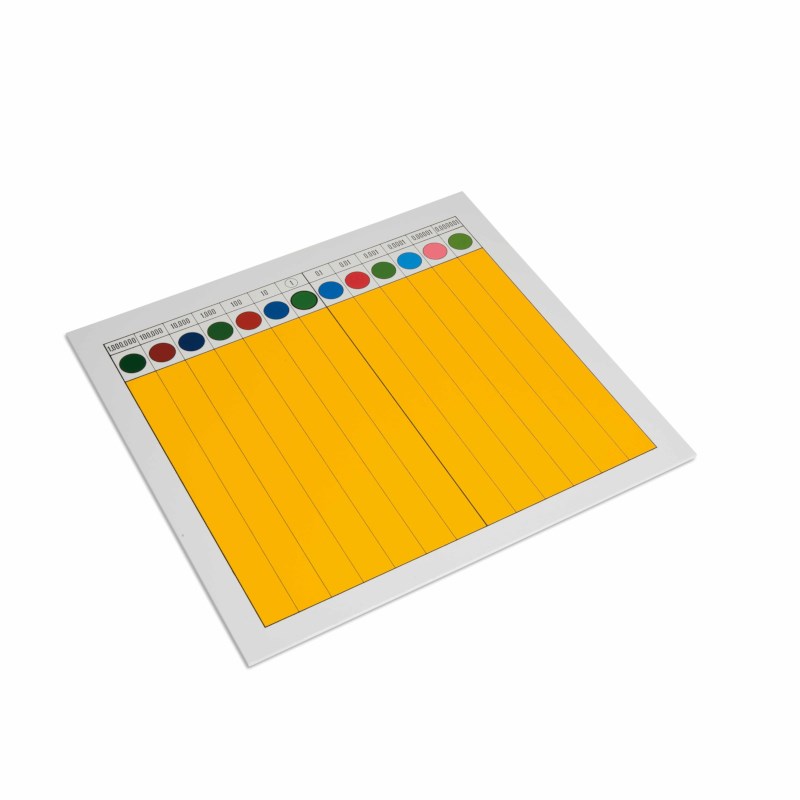 There is even a Decimal Stamp Game and a Decimal Checker Board.

We have been using the Harvard Global Health Institute map of Key Metrics for COVID Suppression to guide our school opening, and so every day the students are getting up and looking at this map to see how our county is faring. The number is given each day as a decimal. To help make sure students are making the connection between Fractions and Decimals, I met with the Magnolia Tribe last week and actually laid out the decimal given on the map as a fraction.

The Nienhuis Cut-Out Labeled Fraction Circles are so useful! Well worth the investment (and on sale right now for $58.33 because of Maria Montessori's 150th birthday). This particular Montessori material works well with the Waldorf method too, because red is the color of the Division math gnome! 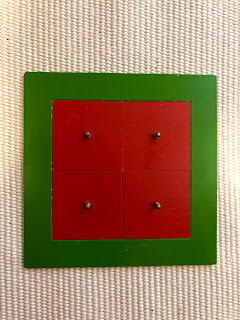 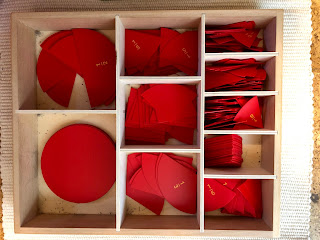 review of the box of Cut-Out Labeled Fraction Circles 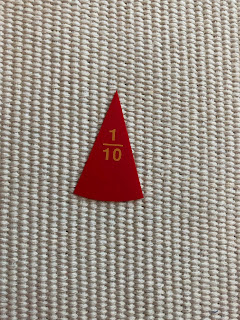 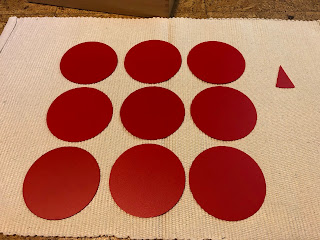 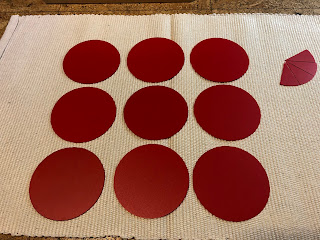 We can all see that it is cleaner and easier to write a fraction as a decimal. The tradeoff that kids see -- when you first introduce this -- is that you can only represent the tenths pieces in the box this way. Of course, as adults we know how to represent any kind of fraction as a decimal. But I wouldn't go into that just yet. That is part of grade 6 Business Math, when you introduce Percents. Right now we are laying the foundation of solid understanding.

To build the number of cases from the HGHI map using the fraction circles this way is easy if you are keeping it under 10. There are only 9 whole circles in the box (note, if you're using the Montessori math materials, that the Fraction Circles are red because they are divisions of 1, which is the red bead in the Colored Bead Bars). But that limitation is okay because when the map gets to 10 and flips to orange we stop meeting in person, so we wouldn't be at school trying to build that number in a hands-on way anyway!