Updates from the Classroom

Sometimes I worry that putting everything in separate posts makes it hard for parents to see the connecting threads that run throughout our school curriculum, so this time I'm going to write up everyone's week all together.

In Early Childhood, we finished choosing Kool-Aid sprinkle-dyed felt colors and cutting and sewing up dragon puppets from our Michaelmas celebration. A European holiday, Michaelmas is celebrated on September 29 every year.

Their Circle Time series of movement verses and finger plays and their Songs, Verses & Movement for classroom routines remained unchanged.

The idea of puppetry was a connecting theme this week. For the last two weeks, the Elementary children learned "The Kind Mousie" by Natalie Joan as their poem in Speech & Recitation. This week I chose that exact same poem to perform as a puppet show with the Early Childhood group. The Elementary students were also invited to be puppeteers if they so chose. I made my needle felted Miss Mousie and Cobbler at a summer training with Suzanne Down in Boulder CO on Steiner's Twelve Archetypal Professions and how to use them in therapeutic puppetry. 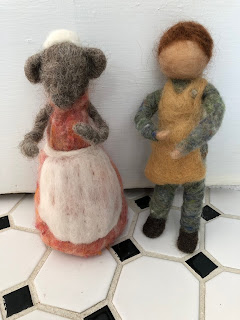 This past week as the older children also sewed up their dragon puppets, they learned a Dragon poem in Speech & Recitation which they could, if they wished, perform with their finger puppet. It is "I Have a Secret Dragon" by Jack Prelutsky, from his collection The Dragons Are Singing Tonight.

Of course, we made Stone Soup this week! The older children always support the younger children in this endeavor by contributing vegetables, helping with the washing and chopping, and coming together for a lovely communal meal as we taste the results of our hard work. The soup had vegetable broth, onion, zucchini squash, pattypan squash, red bell pepper, broccoli, carrots, and apple. It was absolutely delicious!

The Early Childhood group also enjoyed new board games (Kayanak by Haba and Go Away, Monster by Gamewright).

My policy on these younger-age board games is that Elementary children can play them at recess (and often they do) or put them in their work plan during choice time if a younger child asks them to play (Play is a new color in our plan books, pink), but they cannot put them in as a work during choice time if they are doing them only with other Elementary children. You have to be honest as to whether something is really a work for you. For younger children Kayanak supports the development of fine motor skills and Go Away, Monster is for tactile discrimination, both important!

On Tuesday, Miss Ellie brought in a baby squirrel which her family had rescued after it fell out of a tree. All of the children got to watch her bottle feel this little fellow, just a few weeks old, with an eyedropper! Miss Ellie also contributed a basket of beautiful pine cones to the classroom. The younger children also played outside each day (lots of play soupmaking at the mud kitchen on Thursday). They used baking soda and vinegar to explore the volcano model which the Science Club kids built in the yard. Zac added the first red autumn leaf to the table. It came from the burning bush. And we even found the first ripe persimmon on the ground, over by the rose garden. The seasonal change is in full-swing!

Zac and a friend from his Early Childhood group met up at Giant City State Park on Saturday for the "Journey of the Monarch" program, where the naturalist let all of us participate in monarch butterfly catching and tagging. Elisa Kleven's Paper Princess books were a perfect fit, and Zac's now very excited about monarchs and wants to spend all of his time out in the yard with the butterfly net. This activity flows perfectly into our next Circle time story about signs of Autumn, "The Goose Who Tried to Keep the Summer."

The Lower Elementary children (who have named their group the Baby Wolves) and the Upper Elementary children (who have named their group the Red Pandas) both started new main lesson blocks this month. They are both exploring Yellow topics (Language Arts). We are doing a variety of activities from just getting comfortable with book making and the task of writing (Baby Wolves) to starting Chancery Script with fountain pens (Red Pandas) and then delving into Grammar and Sentence Analysis. The Red Pandas are very excited about Penmanship! They've done the emblem < u > and emblem < n > letters so far. On Monday we will cover the diagonal downstroke letters, the single downstroke letters, and the sibilant pair.

Both groups will be doing Parts of Speech this month and are looking forward to the traditional "Haunted House of Speech" activity! Both groups are also doing Structured Word Inquiry on Friday mornings, which supports Reading for younger and Spelling for older. We began this week with a clay metamorphosis activity (sphere to egg) and then a review of the Rock Cycle and the three types of rocks (reading The Pebble in My Pocket: A History of Our Earth by Meredith Cooper). Then we began by going over the four questions of SWI and analyzing < sedimentary > and < metamorphic >. Next week: < igneous >!

My older students also got new educational board games this week, Wildcraft! An Herbal Adventure Game by Learning Herbs (medicinal herbs) and Qwirkle by MindWare (visual/spatial and logical/mathematical thinking).

On Friday evening a new art exhibit opened up at our local art museum, Artspace 304, and Zac and I went to see it. It is called "Seasonal Pulse" and it is all about the Mississippi River Basin (which we saw from our hike up Inspiration Point) and even how it should perhaps be allowed to flood naturally periodically (which we also discussed on that hike). It's an interesting art exhibit and I highly recommend stopping by as a family.

While there I talked with Steve Gough, who is a Fluvial Geomorphologist from Little River Research & Design, about our homeschool co-op and he's lending us a Stream Table for this upcoming week at school! They have a traveling design which is lent to schools. This will tie-in perfectly with both our previous main lesson block, and the Capital Letters block for the Baby Wolves! I've made sure that our exploration of the letters has a natural flow from our exploration of the landforms & water features (M is for Mountain, for example). The way that this is done in Waldorf education is through story and art, with the shape of the Mountains making the letter M. Children discover each Captial Letter in their artwork as they create it!

So far in this block, we have already done L is for Ledge / D is for Dragon and R is for River / N is for Net. Now we get to see a working river model and experiment with it all week in my Art Room! I love making connections in the community to make our curriculum richer. 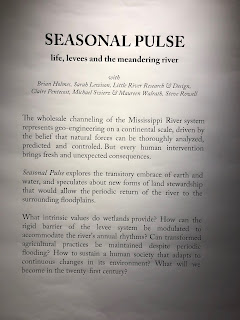 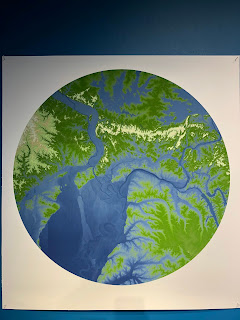 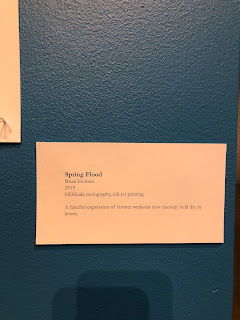 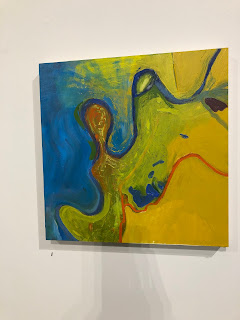 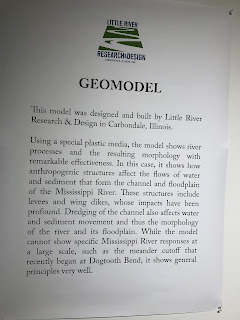 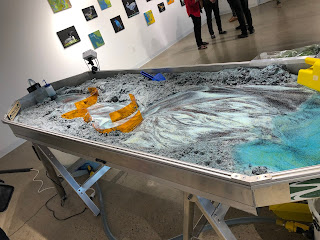 it will be so exciting to have one of these in our classroom! 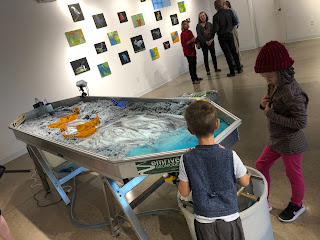 I'll do follow up detailed posts about how Waldorf Teaches the Capital Letters as well as about how I teach Structured Word Inquiry. In Montessori lessons in the morning choice time, each child does his/her own individualized work and so this is difficult for me to cover in the blog. But my next post will be All Photos so you can see the learning time in action! Please don't hesitate to schedule a parent conference or swing by and look at your child's plan book or main lesson books at any time for more information on your specific child.