We began with the "board game" From Head to Toe. This is really just a series of thick cardstock cards, each with an illustration from a page of Eric Carle's From Head to Toe. You pull out a card and do the movement of the animal. The animal isn't included, just the illustration showing the child moving his/her body, so it helps if you also know the book.

This book is one of our favorites and it was a great start to a day which was all about how animals move their bodies.

After some free play, we cuddled up and sang "Kookaburra" (which Zac has completely memorized) and "Don't Ever Step on a Snake." Then he was so excited to get the little sunflower quilt out and lay it on the floor. I need a song to transition us into Circle Time, so I'm working on figuring that out.

Our story was to read -- and vigorously act out -- Richard Scarry's The Rooster Struts.

Yesterday afternoon Zac's Tinkergarten teacher, Ms. Trisha, did a session on bugs and gave us each bug collection boxes. Zac asked me this morning if we could go find a worm for his box, so this seemed like the perfect time for it. Wiggling like a worm was one of the animals in our book. So we got the bug box and went out to the yard on a Worm Hunt. Zac happily ran across the yard like a giraffe. And he made me run like a giraffe all over the place too, so that was exciting.

We started with the digging pit. No worms, but we did find animal footprints in our mud! I think it was a bird and a raccoon. Please feel free to correct me if I am wrong. So we moved to the vegetable garden instead, where the soil is loose and fluffy instead of a thick sticky clay mass, and voila! Plenty of worms! We gently dug one and some soil, put him in our box, and set him on the nature table for a little bit. I just finished setting up my nature table for Early Summer, so I took some extra pictures of it (below).

Note: This evening while I was researching something else, I found a kangaroo poem in Spindrift on page 95.

Jump, jump, jump,
Goes the kangaroo.
I thought there was one,
But I see there are two.
The mother takes her young one
Along in a pouch,
Where he can nap like a child
On a couch.
Jump, jump, jump.

I had my collection of pure wool felt available, plus tracing paper and my copy of Suzanne Down's Around the World with Finger Puppet Animals, for any parents who came and wanted to sew a finger puppet to take home. 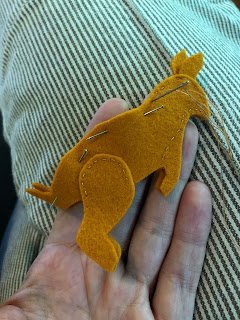 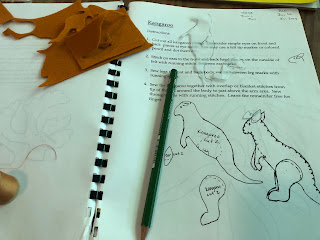 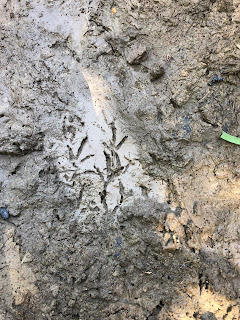 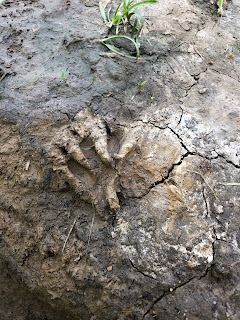 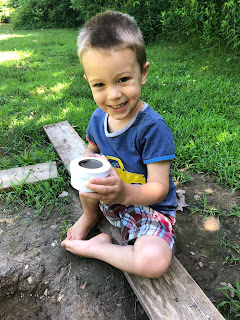 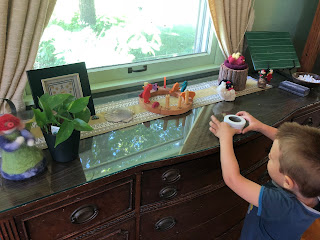 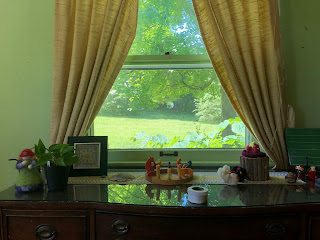 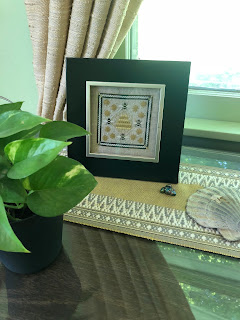 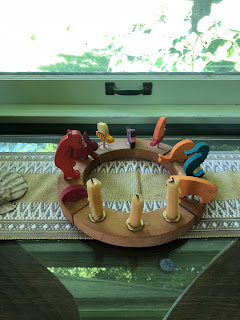 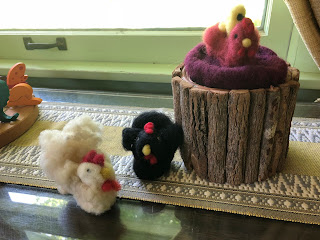 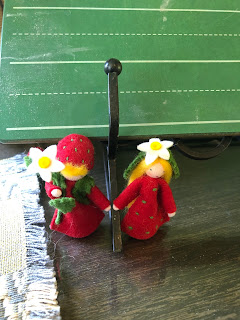 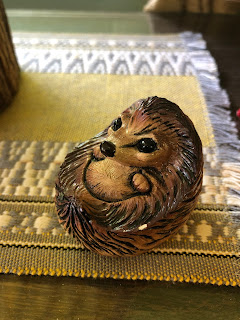 Note: In the afternoon Zac went with a friend down to a pond to look for tadpoles. He's very interested in tadpoles now, so I'm going to do a different story tomorrow than what I had originally intended. I'm thinking Over in the Meadow for the song, Leo Lionni's Fish is Fish for the story, and wet-on-wet watercolor painting of a pond (single color: blue) for the activity.