Just finished leading several workshops at the public library on the difference between Waldorf, Montessori, and Reggio Emilia... also preparing for my Human Body summer camp to start next week... I need to get a little caught up on my Picnic & Play notes!

We are definitely going to do the "Springtime Garden Circle" by Laurie Clark next, because it's all about farmers and we've been all about visiting farms lately. And being outdoors. And just hanging out and playing. I'd like to get back into a more steady rhythm. Ideally, you find the perfect rhythm that makes you feel supported not restricted. And I did feel supported. I liked getting together with Zac every morning at 10 am to do something special.

Plus I'm tired of being intimidated by a real Waldorf Circle. The only way to know how it feels is to try one, the only way to get over being scared is to do one, and if Zac's too little, I'll know soon enough and then I'll wait a while before we try again. What's the big deal about that?

I'm not sure why I'm holding so much tension about this but it's time to face the beast.

June 13
Playdate, dragging a wagon all around the yard, sandbox play, going to Dayempur Farm to swing on the swings, reading I'm in Charge of Celebrations by Byrd Baylor and doing a watercolor painting of a rainbow, relaxing after dinner and eating ice cream sandwiches outside.

June 14
Playdate, tons of sensory fun, mucking about in the mud kitchen, reading Peter in Blueberry Land by Elsa Beskow because we are planning to go blueberry picking, going hiking at Giant City State Park on the Nature Trail.

June 16
Going back to Shawnee Hills Lavender, cutting lavender and sitting in the shade and having a snack, going to a friend's house for a birthday party!

We've also been keeping track of all the places that have mulberry trees! Yes, the mulberries are ripe right now, but it's also nice to just know where the trees are in case we decide to raise silkworms in our Fibers & Clothing MLB this year. I've always wanted to do that! So far, we've found mulberries in Cannon Park where Tinkergarten meets, at Dayempur Farm right above the swingset, and in my neighbor's yard. So handy that neighbor with the persimmon tree lives right next to the neighbor with the mulberry bush.

A few pictures...
but first I want to say something about the activity of painting a rainbow.

This was interesting because I actually gave him an inexpensive Crayola paint box, with a variety of colors, and asked him to use all of them except the black. And I showed him to how paint a stripe which went from edge to edge. So this is more colors than is customary in Waldorf but I thought it would be interesting to see if he had the motor control to paint in stripes. He did. And then he covered most of the page in a green/blue, so I thought, oh, well, he's lost interest. But then when I went back to look at it and photograph it, that green/blue shade is the exact color of the sky in the story. So his painting looks astonishingly like the illustration in the book! He really did what I told him to do. See what you think... can you see it too? 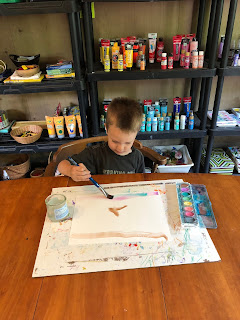 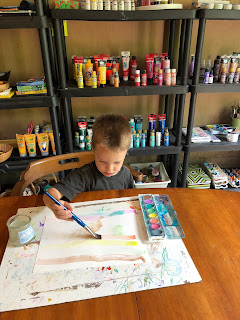 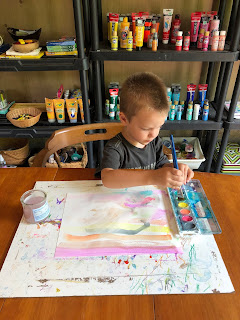 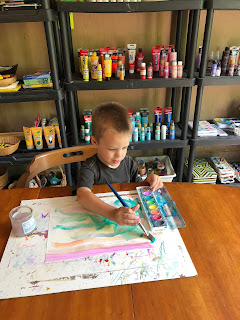 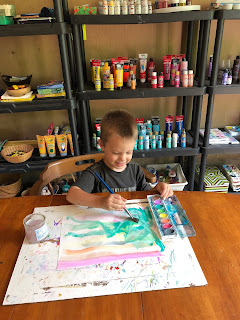 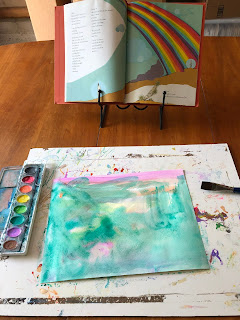 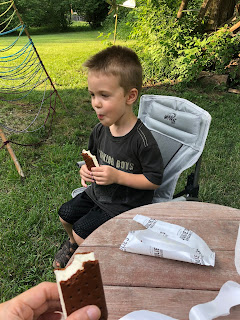 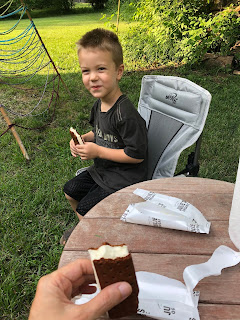 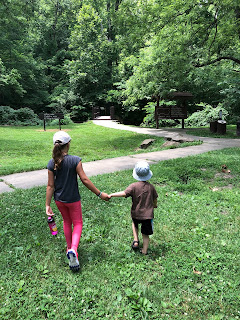 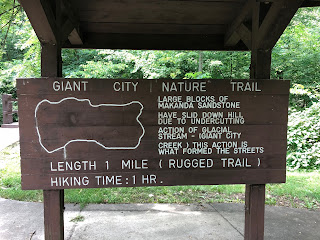 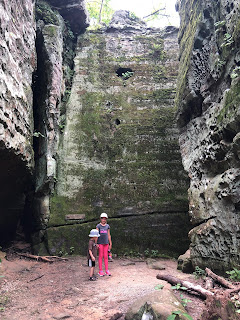 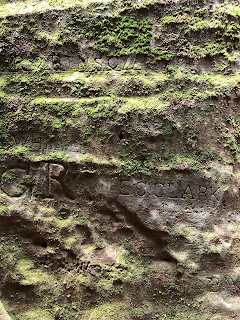 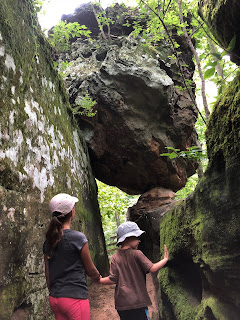 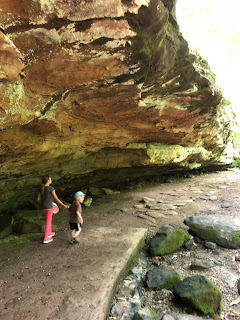 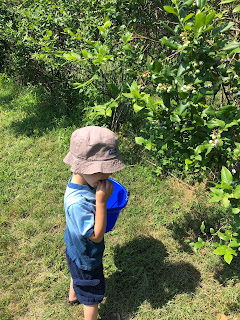 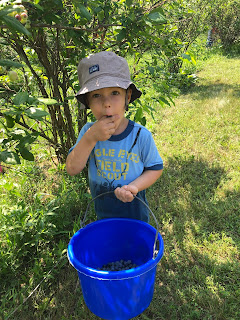 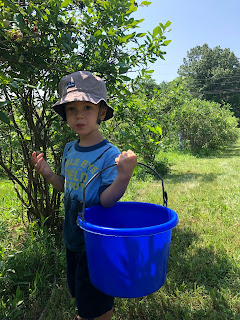 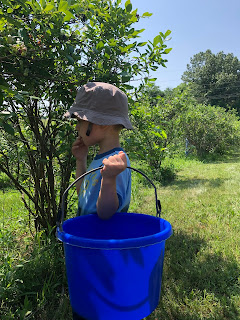 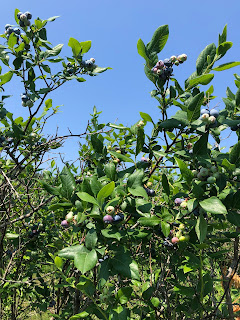