Today started out as less successful than yesterday, until I abandoned what I wanted to do and followed what Zac wanted to do. We started right away at 10 am with our activities because he was so eager to read the new books. So we sang "Kookaburra" and "Don't Ever Step on a Snake" (which is track 8 from the Putamayo Kids CD Animal Playground) and then we carefully laid out our sunflower quilt and sat on the floor to read our Emu books.

My thought had been dramatic play, with us dressing up as animals and playing Zoo, but Zac doesn't remember going to the zoo last year and didn't want to. We set up all of his wooden animals and stuffed animals in the living room but then he was uninterested in anything else and so he asked me to re-read Wombat Stew as well as both of the Emu books we just finished reading moments before, and we went back outside to play Wombat Stew some more.

So it was another day of Sensory Play!

But, of course, he is a child and he knew there was more to do and I am not and I thought we were all done with Wombat Stew. But he played in a completely different way with it. First, we went to the digging pit and used scoops to get out every bit of the remaining water. He even tried putting the pot lid on its side to use it as a scoop. Then we went to the stew, which had been sitting overnight, and discovered that the craft feathers had dyed some of the water beads (formerly just clear and turqoise) shades of red and purple! Then he noted which pots and utensils had holes in the bottom of them and which ones held water. Then he decided to throw spoonfuls of water into the yard while yelling YUCK, but I wouldn't let him throw any water beads in the grass, so he practiced scooping shallowly in order to only get water. Then he poured the spoonfuls of water from one spoon to the other. He also got interested in the hose and watering can, nicely watered my morning glory and moonflower plants, and then filled a bunch of containers with plain water and threw them very happily around in the yard.

It went from being frustrating (because we weren't doing what I planned) to fabulous (because he was doing just the kind of play he was most interested in). I do think if some friends had come over that the Zoo thing might have caught on, but the morning ended up being perfect just the way it was. 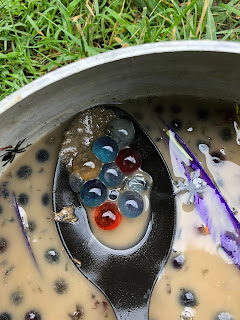 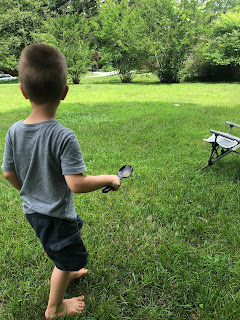 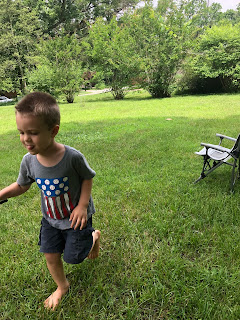 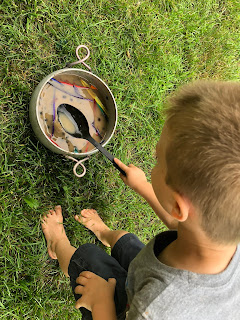 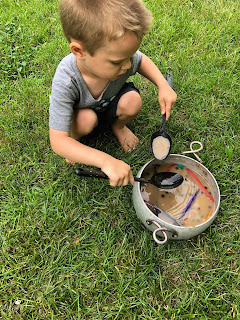 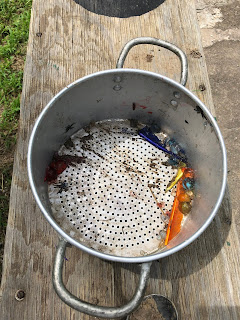 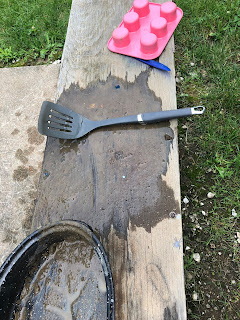 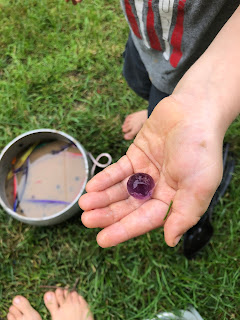 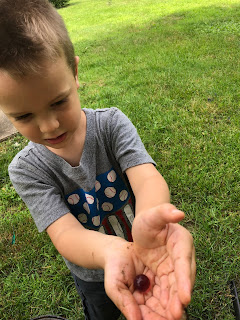 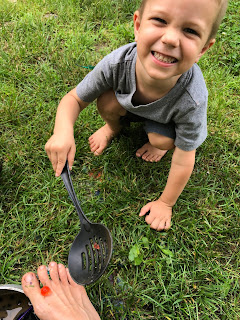 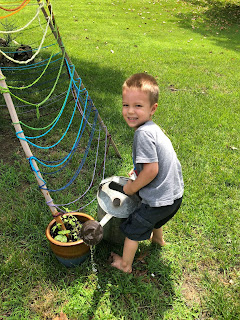 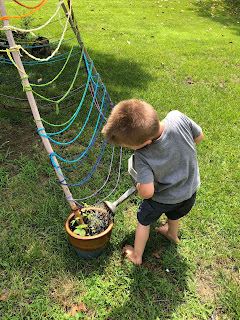 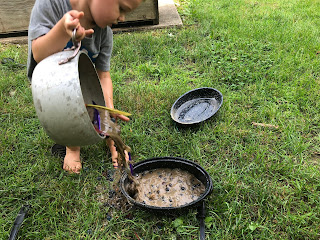 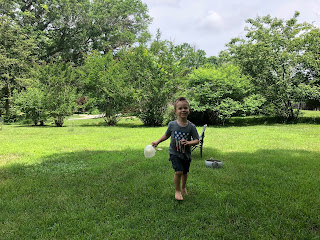 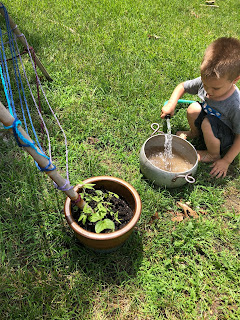 Making lists is a huge part of my lesson planning process. It's really useful when you're getting organized for a main lesson bloc...