Our Structured Word Inquiry lesson on Friday, November 1st was an investigation of the word < sloth >. This came up because Zac got a baby sloth stuffed animal as his prize in one of the pumpkin decorating contests we entered in October. He was asking me all kinds of questions about sloths, some of which I had to look up. While I was on Wikipedia I saw two things that made me think about SWI. One was the statement The sloth is so named because of its very low metabolism and deliberate movements, sloth being related to the word slow. Aha! I immediately wondered if they meant etymologically related (they share a root) or morphologically related (they share a base). Then, when Zac asked me what other animals are related to the sloth, I examined its scientific classification and found it is part of the Superorder Xenarthra, along with the anteater and armadillo. Interesting! 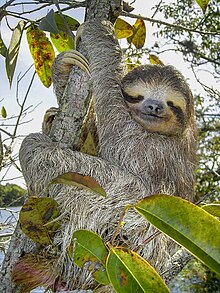 There are four steps in SWI. The first is Meaning. What does < sloth > mean? We looked at Zac's sweet little stuffed animal and everyone shared sloth facts which they knew. Ms. Anna, our art teacher, sat in and she was able to share a lot, having visited the Sloth Sanctuary of Costa Rica! I also shared that the British pronunciation of the word < sloth > actually rhymes with < both > instead of < moth >, which made sense later on.

Step 2 is Structure. How is the word formed? Step 3 is History. What are the word's relatives? You can go back and forth between Step 2 and 3, as needed, so we actually started with Step 3. As I said earlier, there are two kinds of relatives. A morphological relative shares a morpheme (a base). This is a modern-day spelling pattern. The two words < construction > and < instruct > share a base < struct >. This base is a morpheme. The prefixes and suffixes which are added onto it to form a new word are also morphemes. When you strip away the prefixes and suffixes you are left with the same base < struct > upon which the word is built, and so these two words are said to be morphologically related.

I also, whenever we review morphemes each week, have one child stand up in front of the class to be the base, and different children jump up and stand beside him or her as the prefixes and suffixes, showing the making of new words. But no matter what we add, the base child is still standing there.

The other kind of relative is an etymological relative. These words share a root. There is no longer a shared modern day spelling pattern, but you see a historical connection when you go back to Greek or Latin or Old English or PIE (Proto-Indo-European). Many words may have an ancient shared root. To the drawing on the chalkboard of our tree with its branches, I draw the ground and roots below. This makes it clear that there is a deeper layer of relatives (a bit like the second or third or fourth cousins on your family tree).

For the root of < struct > I can write down below my tree Latin struere "to pile, place together, heap up, build." Farther back in time, this word comes from PIE *stere- which meant "to spread." If you look up *stere- in etymonline, you find that words like < industry >, < strategy >, < straw >, and < street > also come from this ancient PIE word. Thus, these words are etymological relatives of < construction > and < instruct >.

The first idea was

In SWI you hypothesize and then immediately question your word sums. After all, this method of inquiry is based on the idea that the English spelling system makes sense. This may go counter to everything you've ever been taught, but it's true. Now we are trying to bring knowledge (yes, what linguists have known all along) to children... so that they are NO LONGER struggling in misery with a system that they've been told is full of puzzle words. And, if the spelling system was systematically and logically created, that means it can be systematically and logically analyzed. So in SWI we simply apply the Scientific Method to our study of spelling.

Do we have evidence for < th > as a suffix? Yes, in words like < warmth > which are < warm + th >. Do we have evidence for a < w > suffix? No, we couldn't think of anything. Plus, < ow > is a digraph and it didn't feel likely that it could be broken apart with a plus sign like that. At least, I can't find any evidence of that happening in another word.

So, we considered another student hypothesis

Here, you have to imagine the slash sign as being through the w. In some words, you replace a vowel when adding a suffix. For example, in Thanksgiving, < Thanks + give + ing > is rewritten as < Thanksgiving >. The e is replaced. This student hypothesized that maybe in < sloth > the w in < slow > is replaced when the < th > suffix is added.

We couldn't come up with any other possible word sums, so it was time to turn to the Online Etymology Dictionary. Etymonline told us that < sloth > comes from Old English slæwð "sloth, indolence." Note the letters in OE which we no longer use, the Ash and the Eth. In Middle English, the word came to be spelled slou. So, yes, it appears that < sloth > is < slou/ + th >. A vowel was replaced when the suffix was added. It just wasn't the vowel we were expecting! (W can be a vowel.)

From this very interesting discussion we turned to the scientific classification of the < sloth > and looked at the word < Xenarthra >. Adults know the word < xenophobia >; children do not. I also know the word < xenolith > from our field trip to the Giant City State Park Visitor's Center. This is a strange rock in a place it shouldn't be (usually dropped by a melting glacier). Etymonline tells us that < xeno- > is from Greek xenos "a guest, stranger, foreigner, refugee, guest-friend, one entitled to hospitality," and is related to Latin hostis, both coming from PIE *ghos-ti- "stranger, guest, host."

Hmmm. So, the scientists, when classifying the sloth and anteater and armadillo, simply chucked them in a group of South American animals which was called "other." Aka, these guys are strange!

It reminded me of last year when we studied the Illinois state fossil, the Tully monster, and how scientists couldn't decide where it went on the Tree of Life. They couldn't even decide if it was a vertebrate or an invertebrate.


SWI may sound extremely taxing for children but it is not. Lightbulbs are coming on all over the place. And it takes far longer for me to write it up than the actual lesson takes to do. Plus, there are multiple connections which are made. In Science Club, we have been doing Kings Play Chess On Fine Grains of Sand (Kingdom Phylum Class Order Family Genus Species) so this was another chance to practice that concept. In Capital Letters, we have been doing the graphemes, so seeing conversations about digraphs and ancient Old English letters which are no longer used all add to their understanding of our written language in a very subtle way.

And, later that very afternoon, I was able to help a six year old child write a word like < light > with an < igh > trigraph in it and help him understand it. He stopped me and said, "But this word has a G in it." Yes, and he noticed that it has no sound of /g/. (Which is why, ladies and gentlemen, there's no such thing as a sound-symbol correspondence!) And I just told him, < igh > is a trigraph like < th > is a digraph," and held up three fingers and then two fingers. < igh > and < ugh > are modern spelling patterns which came from taking away letters in OE that we no longer use.

Step 4 is Pronounciation. Is there anything to notice about the pronounciation of this word? For < sloth >, I find it interesting that the British people pronounce it like < slow >, and I think I will start doing that as well, to honor the relationship between them.

It's not too hard for kids, and they appreciate having someone simply explain it to them!

Higher order thinking skills should not be reserved for only one group of learners.

And my youngest students, the first graders, simply sit on the sofa and observe and knit. They use our Structured Word Inquiry on Friday mornings as Handwork time but they are continually bathed in these ideas about language, which are slowly laying a foundation for a more correct understanding of writing, reading, and spelling. When they put the pieces together as they get a bit older, they will be more successful at all three! 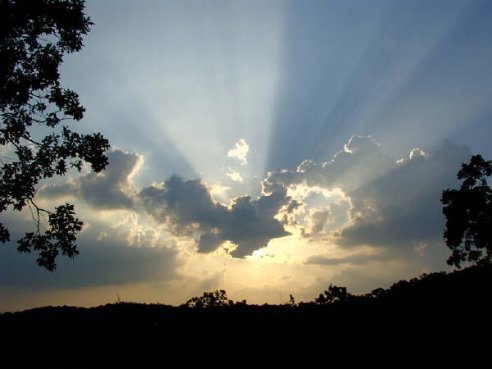