For the last two weeks in November (we have the last week off for our Autumn Break) the older group worked on Fractions. Because of the ages of my students, this was a combination of Waldorf 4th and 5th grade blocks.

In Waldorf, fractions are introduced later than in American public schools. Fractions are not easy to understand if introduced too soon (like in kindergarten) and students easily hit a point of frustration. Waiting until they are developmentally ready to progress through these skills helps a great deal! For Fourth Grade Fractions, Jamie York recommends, "The goal in fourth grade is for the children to develop a sense for fractions -- to bring them to an understanding of what a fraction is." (page 63)

Making Math Meaningful:
A Source Book for Teaching Math in Grades One Through Five

Our hands-on Montessori materials are a perfect fit for this! 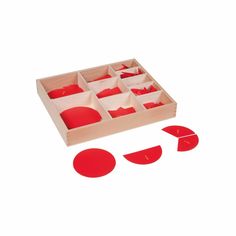 Jamie also writes, "It is not yet the goal to develop mastery of fraction skills -- much of this is done in fifth and sixth grade. Too much of an emphasis on procedural skills with fractions will likely overwhelm many of the students, make it harder for them to develop a sense for fractions, and leave them hating fractions." (page 65)

In Fifth Grade, his recommendations are

The students should become fluent when working with common and unlike denominators.

Division of fractions is introduced.

All four processes with fractions and mixed numbers should be practiced regularly.

Decimals are introduced for the first time in Grade 5 as well (although we touched upon them a bit in working with money in Grade 3 Currency) and Jamie introduces them as "Decimal Fractions," which I think is a nice touch.

Within the group of four children that I had there was a wide range of familiarity and comfort with fractions. Therefore, each child worked on his/her own trajectory, and each MLB was different. I have listed all of the activities that we did in rough order from least to most sophisticated in terms of fraction awareness and skill building. Each student worked through a portion of the activities, beginning and ending in different places.

Although the pace was different from our usual main lessons, which are much more whole group, it was a very productive two weeks. I spent a lot of time with each child individually, which was a pleasure, and the children all grew in their understanding of these concepts!

Jamie York uses three terms in his book which I have adopted here. He writes on page 23, "Throughout this book, we use the following terms: 'Fluent' means they need to have it on the tip of their tongues without any hesitation. 'Comfortable with means they are familiar with it, but there might still be some hesitation. Therefore, we have three skills in learning a skill: Introduction, 'comfortable,' and 'fluent'."

I just wrote a post with more resources on simplifying fractions: More on Simplifying Fractions. Many students need extra practice with this!